A Life of Emptiness to Fufillment

"Because Your lovingkindness is better than life,
My lips shall praise You."  (Psalms 63:3) 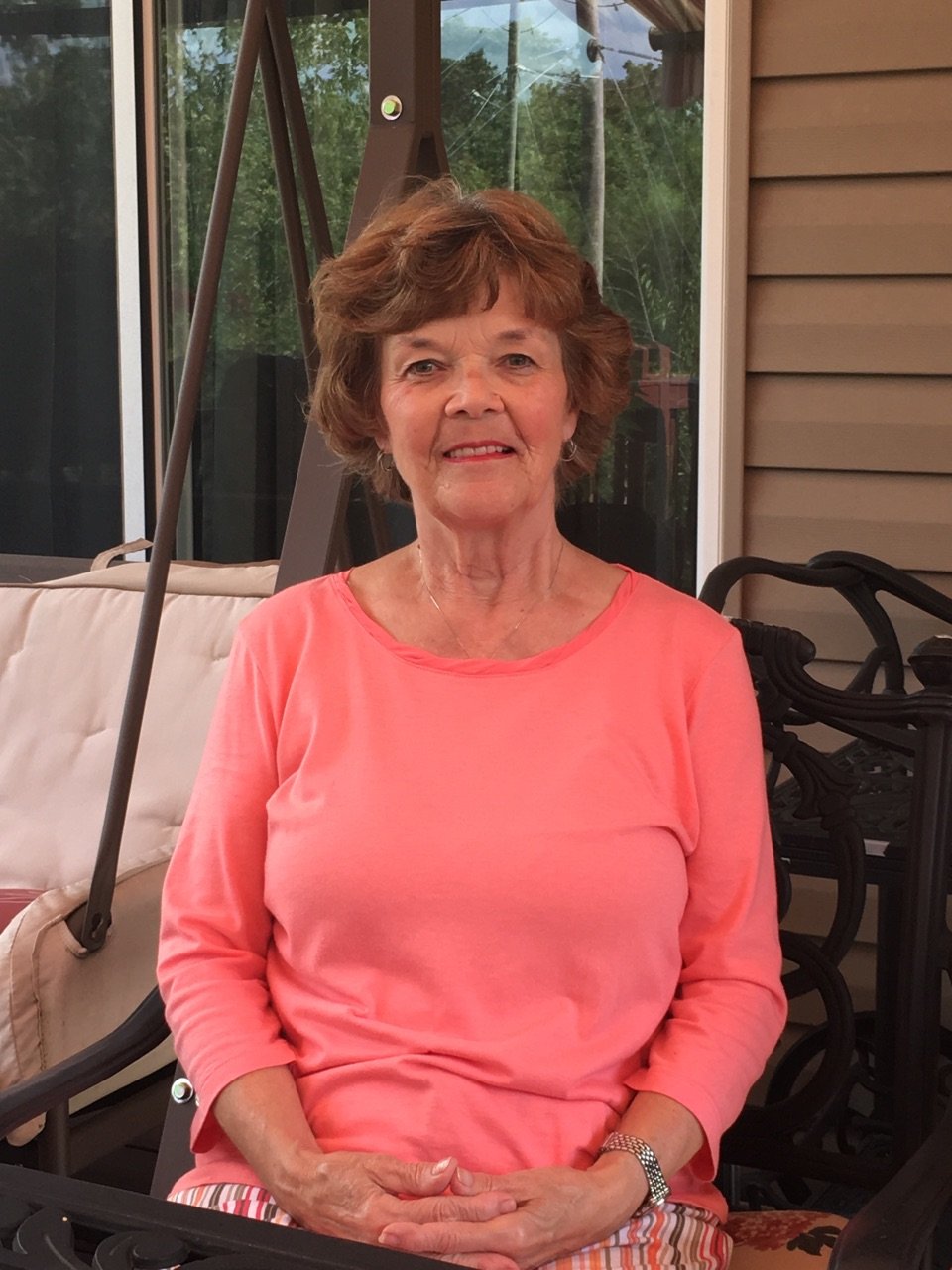 I was raised in a home where my mother and my oldest sister took us to a Lutheran church. I was there for 16 years. I was baptized and confirmed, but I was confused about the true way of salvation. When I went back many years later and looked in the notebooks my father had saved for me, I found the notation, “What is it really like to know God?”

I went on in ignorance, got married when I was 21, and had a son, then my twin girls when I was 30. At that time, I remember thinking to myself that “this is what life is all about.” But, I was also in a marriage that had been split up seven or eight times because of an unfaithful relationship. I began to realize what a mess my life was in. I went to counseling with my minister, and all he had to offer me was a psychology book. Even though I was not saved at the time, I thought it was really odd that a minister would not offer me anything from the Bible, the Word of God. (Note: “salvation”, “saved” and “born again” are biblical terms referring to the forgiveness of sins by God and the rescue of a person from their power and penalty of that sin. This is God’s requirement for everlasting life.)

At the time, I just turned to go my own way. My marriage was broken, and I had no one in my life. I got into the nightclub scene. I loved to dance, and it got so that rock and roll was all I had to uplift me. At the same time, it was my downfall. I went on like this for nearly two years. But my life was empty. Oh, I loved my children, and I got up every day and went out and worked hard to provide a home for them. But it got to a point where I would get up in the morning and look in the mirror and I couldn’t stand myself because I knew something was missing. Something was terribly wrong. About that time, my friend at work started attending an independent Baptist church she had attended as a child. She had just built a house and was trying to fill her life with material things. She began asking me if I’d like to attend church with her, and I didn’t respond at first. But then, the Lord brought another lady to work with me temporarily because she had been injured and couldn’t do her regular job. She began to preach the Word of God to me. Everyone around us abandoned the area when she started witnessing and preaching. I couldn’t leave because this was my job area, but I really would not have wanted to leave. Something drew me to what this woman had to say. She told me in no uncertain terms, that I was a sinner and needed to get saved. She opened her Bible and began to read from the book of John, chapter three, verse 16. I just listened and thought to myself, “Something is clicking here.” While I didn’t really understand everything, it was enough of a nudge for me to seek out my friend and ask her if I could take her up on her offer to take me to church with her.

I got my two year old twins ready that next Sunday morning, and my 10 year old son and we were off for church. I went for two weeks and listened to everything that was being said. The Saturday night before the third Sunday, the Lord opened up my heart and let me see myself for what I was—a sinner destined for hell if I didn’t get saved. I had no peace that night. I knew I had to get alone with God and deal with this. I had read enough of the Bible, the books of John and Romans, to know what I had to do. That Saturday night, May 14th, 1981, I got down on my knees and acknowledged that I was a sinner and asked the Lord to come into my heart and change my life.

The next day I couldn’t wait to get to church. Even though my children were there with me, I felt like there was no one around me. I was convinced that those who were there could see my sin because the message so pointed at me. During the invitation for people to come forward and get to know Christ as their personal Savior, I literally ran up the aisle. I was weeping as I told the usher that the Lord had come into my heart the night before, and I said that I so wanted my family to be saved also. The Lord was so good to me, and I praise Him for that.

I continued living in Baltimore. About 1983, things began to change at Western Electric, where I had worked for 17 years. I felt I was being pulled in the wrong direction, and I prayed to God to remove me from that atmosphere. Little did I know that I would be moved to another state.

I was offered a job at the Western Electric plant in Allentown, PA. It was a big decision for me. I went to my ex-husband to see if that door might still be open for me. After talking to him, I knew that chapter of my life was closed, and I jumped right into finding a new life in Pennsylvania.

My sister lived with me in Allentown for a couple of years until she retired in 1988 and moved back to Baltimore. I was pretty lonely after that. I worked with both men and women at Western Electric, and I had a number of men come up to me and ask me out. But, I had promised myself that I would not get involved with an ungodly man.

I believe God gave me that man when He brought Scott Wilson into my life. Our marriage has not been without problems. We all have problems. But we can always get down on our hands and knees and ask God for guidance and direction. For me, sometimes, that has meant I’ve had to go to my husband and ask him to forgive me for trying to lead the family. After being a single mother making all decisions for so long, I found that sometimes I have a tendency to be independent.

At those time, I find it a comfort to turn to the Bible and read the book of Ephesians, chapter five, verses 21 to 25, “Submitting yourselves one to another in the fear of God. Wives, submit yourselves unto your own husbands, as unto the Lord. For the husband is the head of the wife, even as Christ is the head of the church: and he is the savior of the body. Therefore as the church is subject unto Christ, so let the wives be to their own husbands in everything. Husbands, love your wives, even as Christ also loved the church, and gave himself for it.” That helps me remember what a true Christian home is like under Christ. I find if I submit myself first unto the Lord, then unto my husband, most times everything just falls in place. That’s the advice I would give to any young woman just starting out in her married life. 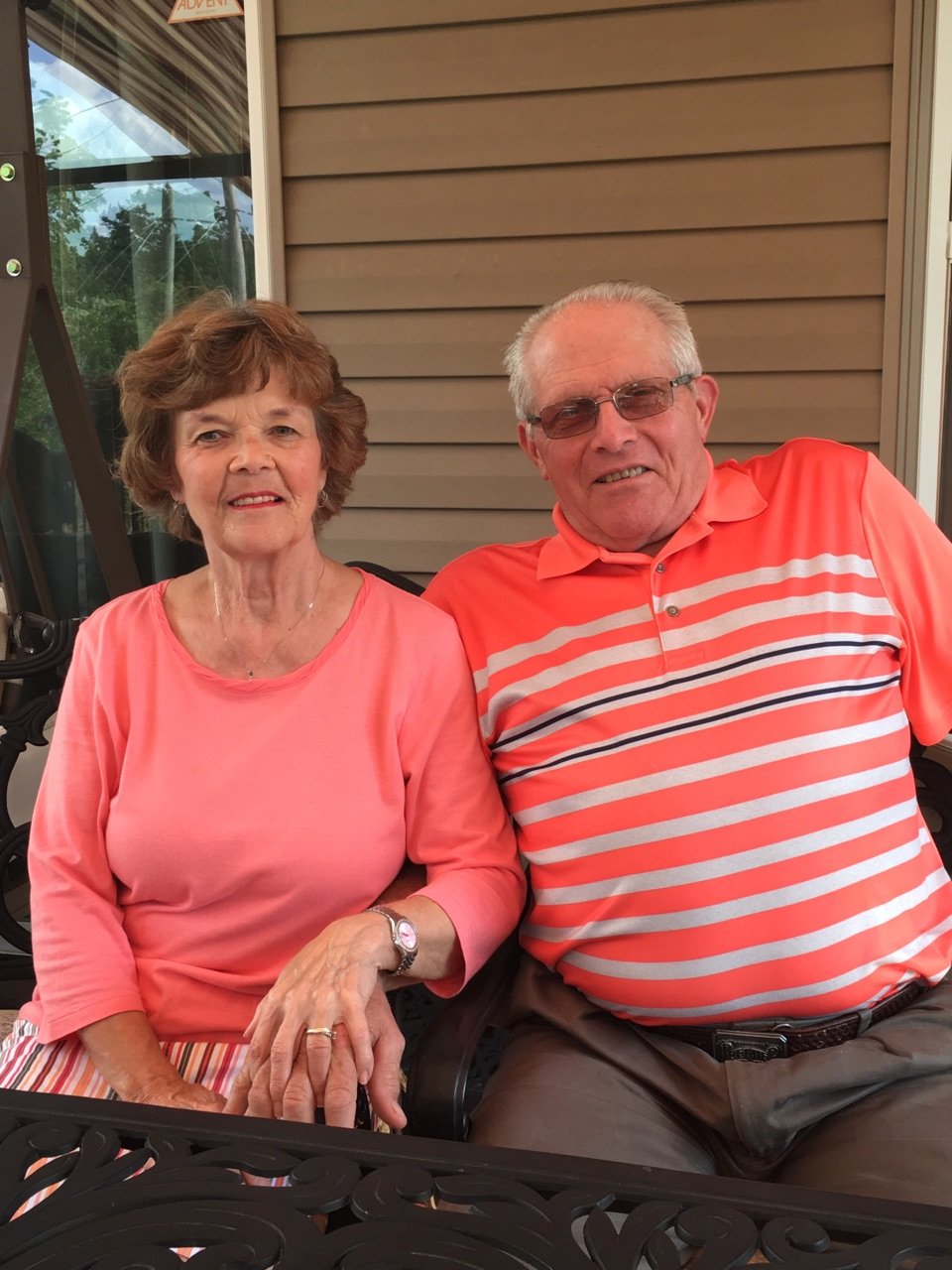 Kathy and her husband Scott (Very cute in matching colors)