The Beatles, the Bible, and Beyond

Ken Mansfield shares his story about his former career in the recording industry, how it was living in the "fast lane" of fame and fortune, losing everything, and coming to know Jesus. 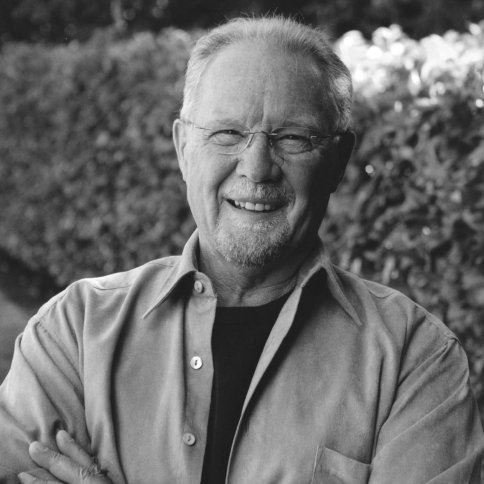 Oh, taste and see that the Lord is good;
Blessed is the man who trusts in Him! (Psalm 34:8)

My former career was in the recording industry. I started as an entertainer during the folk era. Typically, like many of us, I was in a fraternity in college, and we had a folk group. The whole Kingston Trio, The Limeliters--Peter, Paul, and Mary era was happening at that time, and we played for beer and pizza. Pretty soon, we played in some local clubs, and then clubs in the Los Angeles area started bringing us in. Eventually, we were discovered by some Beverly Hills managers. They signed us to Fred Astaire's record company. During this time, I knew that I didn't have the individual talent to go all the way, even though I was the leader of the group, but I was smart enough to use my Bachelor of Science degree in marketing and knew I would need to use that in the long run. During this time, I met a fellow from Capitol Records who used to come to the clubs to look for bands for Capitol, and he asked me if I ever thought of working in a record company. I was thrilled with the idea, so he sponsored me at Capitol Records, and I ended up getting a job there. And that was the springboard for me of how I started working with the Beatles and became friends with them. We just hit it off! I was in my 20's, they were in their 20's, and I was a young hotshot. I was in California with a suntan, Cadillac Convertible, and house up in the hills with a pool, and that was everything they had read about growing up with this "magic view" of Hollywood. In a way, they were as intrigued with me as I was with them. So it was a very natural thing for us, and we all thought we were a bunch of hotshots anyway. That was how those relationships started, which led me to expand my career in the entertainment business.

2. How was it living in the "fast lane" of fame and fortune?

At the time, I thought it was great! We were young and invincible. This was the whole era of free spirits in which you could do what you wanted to do if it felt good--you had the money and all the fame and the perks that went with it. It was an exciting time in the industry and America as a whole because the Beatles in particular were the band that more or less, delivered people from the horrible things that were going on at that time with the Vietnam War and the assassinations of Kennedy and King. Something about the Beatles was so innocent and fresh that we could do anything we wanted, and because we were young, we didn't realize that there might be a downside to all of this. It was uncomplicated because we just thought about ourselves and had a good time. We made a lot of money and did a lot of fun things.

3. During this time, did you seek different ways to obtain peace?

Those were the primary options that we went to. The main thing was the indulgence and decadence of it all. This was when the drugs came on the scene in the '60s and '70s. We all believed the big lie that marijuana wasn't habit-forming and cocaine didn't hurt you, and by taking the psychedelics, you got closer to God. It was one big lie, and we thought there was no downside to it. It was the free love era. It was the feel-good era, and as far as the world was concerned, there was nothing wrong with that, so it wasn't even like you were terrible. You were doing what was happening at the time--You were being very hip and having a good time, and of course, when you're young like that, you didn't think that anything could ever go wrong. Later on, we started to see that some of our buddies were getting hung up on this stuff, and their lives were falling apart. They were dying and getting messed up, and then there came a dark side in time. The devil is such a deceiver, but he's smart. One of his main tools is being gradual. He's patient. He doesn't need to take you down in two minutes--he'll take 20 years to take you down if that's the way to do it, and so--everything is happening so slowly that you don't quite realize what's happening until all of a sudden one day, it's too late. When I first got into the business and started to be successful, I began to see how crazy some successful people were and thought--"I'm never going to do that," and then ten years later, I realized I'm like they are or were. I didn't see it happening.

First of all, the one thing is that the devil never knows when to stop, and he destroyed my life so much that I reached such a bottom that I had to find something else, and I started searching. What God did was He put a young lady into my life, who brought me the truth, and she eventually brought me to the Lord, and we got married. God sent her to me at my very bottom when I needed something so desperately, and I no longer had any answers. When I met her, I had a guru. I was a stoner. I was broke. I had a bad reputation, and I was still trying to overcome this in the world's ways. I thought it was all up to me to do it--never realizing that there was someone who could save me and cast all my burdens on, so I could be redeemed and start fresh and anew. Without my wife coming into my life, I probably would be under the ground with a bunch of my buddies.

5. How has your life changed since then?

It has changed entirely. It's almost like you wanted to remodel your house, but then you found out that the house was in such bad shape that you had to tear it down to the ground and start all over again with a new house. It will be better than the old one because it's brand new and fresh. I was so broken and broke that God just really let me start all over afresh. And I believed His promises right away--He gave me some great gifts in the beginning, and I still had my talents. I had just been misusing them all those years, so when He redeemed me and made me brand new, He then had a vessel that He could use for His purpose. The idea of me becoming an ordained minister and having this unique, powerful outreach ministry is something I could've never dreamed of. Talk about being undeserving and unworthy. It is just like getting Peter, a fisherman, to become a disciple. He pulled me out of the common ground and set me in some pretty nice places.

6. What do you do for the Lord today?

We're in full-time ministry. We travel around to churches doing outreach events and what makes it so interesting is that God has taken all those years in the industry with the Beatles and has used that for His purpose. To this day, the Beatles are still such a phenomenon that people that normally wouldn't visit a church will come because they are fascinated with the guy that used to be with the Beatles and was on the roof with them the last time they played together and was in their homes, in their cars, in their offices, and hanging with them. They are fascinated with that, so they'll come to my outreach events, really in some cases, to hear or meet the guy that was with the Beatles. We do a question and answer period at the end, so they may have some questions they want to ask, and they'll hang through my whole testimony and presentation for the sake of asking about Yoko Ono or something. We are averaging about 40% of visitors to these outreach events at the churches. So this is pretty amazing--if you have a church that seats 1,000 people when 400 of those are visitors from the community, this is a great harvest possibility for the pastors and their local ministries to take off. People, that come in say, "Maybe these people are not so bad after all?" "This touched me." We do the question-answer period to meet the pastor on an informal basis and feel comfortable with him. Many of them come back and end up as members of the church. The event is unique, designed for the visitors to make them feel comfortable, and the Word is not watered-down. It's just surrounded with a bunch of other exciting things, so it's meant to be entertaining and enjoyable to the congregation, but also to reach out to the people who are coming in. What we typically do is we will have the worship team start the event with a few Beatles songs with changed lyrics because, you take a lot of these Beatles songs and change two words. You have a gospel song: Help, Got To Get You Into My Life, The Word, All You Need Is Love. These songs are so easy that the worship team will open up with these songs, and it just relaxes the visitors right away because they know the songs, but now they are hearing them with Christian lyrics. Then we showed a film about the Beatles and myself that was filmed in Europe. It's exclusive to where I appear, so it's been shown all over Europe, but you can only see it in America, where I speak. Then after the film, I give my pretty interesting testimony, and then at the end of my testimony, the host pastor comes up, and we do a question and answer period. When he feels we have gone long enough, he'll excuse me for getting ready to sign books, and he's able to close off the event and take it into his hands. This allows him to determine when the event has accomplished the purpose he is looking to do by bringing me in. It's a very well-crafted event, and when they give altar calls, we have an incredible response. And that's what I tell people during my testimony--that I think that was the whole idea from the start. I thought it was because I was a young hotshot, and that's why I was with the Beatles, but I think He has had this thing planned out a long time ago.

The Books of Ken Mansfield

The Beatles, the Bible, & Beyond--Podcast on AccessMore 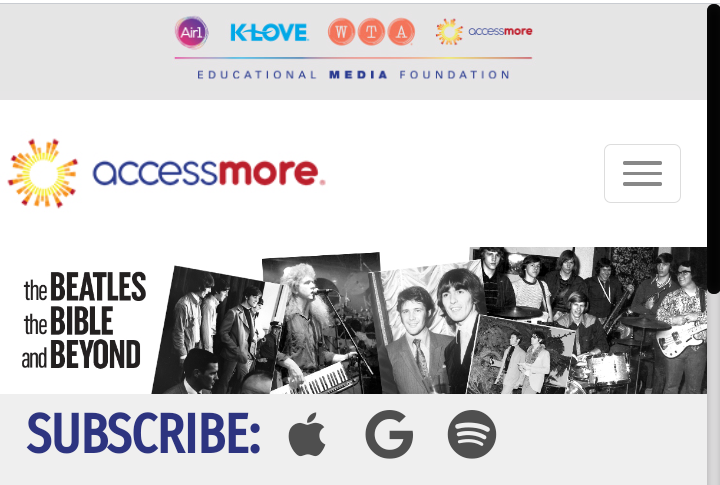