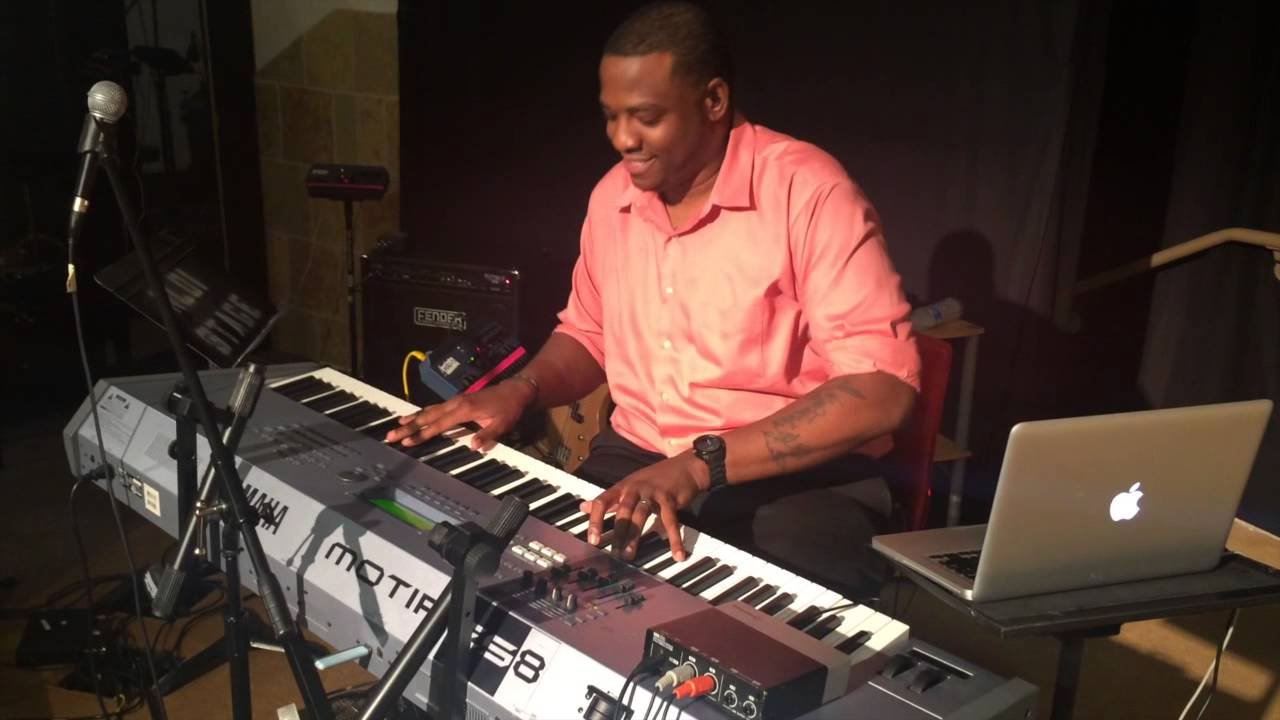 Your life is a gift. Everyone that is still alive has a testimony. The purpose of this message is simply to share hope. Hope that no matter what you are facing in life--you will survive.

I was in Baltimore, MD touring with a major recording artist when all of this happened. We were supposed to stay at the Hyatt Hotel downtown by the harbor, but all the rooms were taken because of a sporting event that was happening the same night. So, we had to stay in west Baltimore in a rough area of town. It really didn't make a difference to me because, I've been in hotels all across the country good and bad. When I check into a hotel, I kind of have a pattern of doing things no matter where I am. I drop off my luggage---I joke around with the band for a little bit and---I go to the nearest gas station to get some junk food (Gatorade, Waffle House, IHOP)---Whatever is open and then, I come back and relax. This day was no different.

I walked outside and headed towards the gas station which was about three blocks away. As I walked through the second block, I could see six guys standing on the corner talking to each other looking in my direction. I really didn't even pay them any mind, I just kept walking towards the store. Just then, I realized that I left my wallet in my room and turned around to head back to the hotel to get it. My best friend Lydell, who was a drummer in my band at the time, told me to stop going places by myself. I told him that I was good---like I normally do and went back to the store. I went past the same group of guys and they were watching me again. I continued to the store and got my usual Gatorade, candy, junk food, and headed back to the hotel. I came past the same block, and the same guys, immediately came towards me. Strangely, the whole street was clear and no one was on it like I saw just a few minutes before. By the time, I figured out that they were a gang, the leader came towards me and said, "What you doing out here homie"? I just turned to him and said, "I'm chillin' bro" and kept on walking. They circled around me and asked, "What's up with that phone"? At this point, I knew it had nothing to do with the phone or nothing that I said or did, had anything to do with what he was asking me. I figured they were going to rob me, so I didn't even respond---I just told them it was off and put it back into my pocket. Really, it was off though---Sprint had cut me off for being over my account spending limit.

He walked closer to me and...right to my face said, "Well, you got to roll out homie". At that point, he pulled out a .45 caliber gun from his jacket, and pointed it directly at me point-blank range. I didn't even have time to react. I heard the first shot---ONE---and saw a bright light from the gun that blinded me, and I fell immediately to the ground. Then, he stood over top of me and said, "Peace out homie"! He fired seven more shots into my body---TWO---THREE---FOUR---FIVE---SIX---SEVEN. Instantly, I saw an angel appeared in front of me. The angel looked transparent, and it was kneeling down with his arms crossed in front of me as if, every bullet was going through the angel. I knew it couldn't have been a figment of my imagination because, I had no time to even think about this. I had no time to think about anything other than the pain that I was feeling from every single bullet that was going in my body. When he finished shooting me, his other boys picked up the shell casings that had fallen to the ground around me and they laughed and joked with each other about how they just "smoked" me. Right then, I heard God speak to me..."Do not move"! It was really strange because, I wanted to yell---I wanted to scream---I wanted to breathe---I wanted to know if I was alive, but I couldn't do it. They were still looking at me, so I just laid there & didn't breathe. My eyes were still opened, but they were fixed---even though, I felt pain all across my body. For the first time in my life, I felt no pain from even not breathing which, was the strangest feeling I've ever felt. That's how I knew, God was right there with me. As I continued to hold my breathe waiting for them to leave, I felt the blood all around me. When they finally ran to the car, they drove off at full speed---it was then, that I was able to take my first breath. I remember softly yelling--"OH, GOD...GOD". I looked around me and saw the pool of blood and holes in my shirt. I tried to stand up, but couldn't. I couldn't feel my legs, so I dragged myself off of the street and onto the sidewalk---literally crawling. I tried to flag down cars to stop and help me, but nobody would stop. People slowed down and kept going. It was literally only me and GOD!

I had a moment where I had my life flash before my eyes. I thought about everyone that loved me---I thought about my own funeral---I thought about the things that I should've said to my family and the friends that I didn't tell---Just then, I remembered that I had my cell phone still with me. My hand was completely covered in blood, but I still managed to dial 911. When the operator came online, I told her that I had been shot and she asked me where I was. Thankfully, I was lying right next to a street sign, so I could give her an idea of where I was. She tried to keep me talking, but I really couldn't because I was losing my breath every minute that went past. Eventually, about five officers showed up. One walked toward me and asked me my name and how old I was. After that, they drew lines around me and put up police and crime scene tape setting up a perimeter. This is where my faith really had to step in though. Even though, all around me it looked like death--I had to SPEAK LIFE. I began praying for there was nothing I could do, but that. The ambulance got there about seven minutes later, and loaded me in. Immediately, they began cutting off my clothes and hooking me up to all kinds of machines. This was actually the first time that I saw the gun shot wounds. At that moment, tears started to flow from my eyes---my body just looked dead---like I shouldn't be alive, but I was. I heard the EMT say to her partner, "I don't think he's going to make it". It hurt me to hear those words, but I tried to hold onto life. By the time I got to the hospital, they rushed me down the hall into surgery. When I arrived in the room, it was the strangest scene that I've ever seen. The room was lined with nurses, doctors, police officers, and other hospital employees looking at me in disbelief---almost as if, all that they heard on the radio about my condition---they were stunned that I was still alive. The lead doctor whispered in my ear..."I'm about to give you some anesthesia to put you asleep for the surgery. Can you sign this paper for me"? Oddly enough, I was able to sign it---and did pretty good---I did so good, that the doctor joked and said, "For someone who's got shot all these times you sure do have a good signature". Right at that moment, I looked in front of me and saw people standing at the door, people surrounding all around me, and then I saw the same angel that I saw on the street---He was standing in front of me with his arms folded looking at me nodding his head as if to say---"Everything is going to be alright". Right then, I felt a peace upon me---I relaxed my breathing and fell asleep. When I opened my eyes, I saw tubes all around me, I heard beeping, and sound from all the machines. I saw bandages across my chest. I thought to myself---I'M ALIVE! The first thing that I thought was---HOW IN THE WORLD WAS I ALIVE? There was a nurse standing to my left and she looked at me right in the eye & said, "YOU MADE IT---YOU MADE IT MARCUS"!

A doctor came in the room, and told me that I was lucky to be alive. I knew "luck" had nothing to do with it. He proceeded to tell me that he performed an eight hour surgery on me and removed half of my stomach, my whole spleen, half of my small intestine, reattached my colon, removed half of my pancreas---I just looked at him in disbelief, but I believed him. I found out later that my doctor FOUND GOD THROUGH MY SURGERY---HE ACKNOWLEDGED THAT IT WAS NOT POSSIBLE THAT HE DID THE SURGERY BY HIMSELF.

TODAY, I CAN WALK---I HAD TO LEARN THAT OVER AGAIN.

TODAY, I CAN PLAY THE PIANO---EVEN THOUGH, I LOST THE FEELING IN MY RIGHT HAND.

TODAY, I CAN WALK IN PEACE BECAUSE GOD GAVE ME PEACE DURING THE MOST CHAOTIC TIME IN MY LIFE.

TODAY, I KNOW THAT GOD IS A HEALER!

And, Mark 9:25 says, "Jesus said to him, “If you can believe, all things are possible to him who believes.”

"And they overcame him by the blood of the Lamb and by the word of their testimony,"  (Revelation 12:11)

Do you believe? I know that I do! I encourage everyone that reads my testimony to DO GOD NOW--NOT LATER! A common misconception is that you need to clean yourself up before you come to God, but the truth is, you just have to come to God and He will change you.

God bless you all. God keep you and remember that GOD IS SOVEREIGN. GOD IS BIGGER THAN EVERY PROBLEM AND EVERY SITUATION!

This is Marcus's testimony that he did on YouTube.  Please share his testimonial videos on any social media site that you can--to bless others with this incredible "God-story"!

Marcus's Testimony was shared on CBN's The 700 Club.

This is one of many of Marcus's songs. He is a very gifted pianist!