Where My Journey of Trusting Jesus Began

"Trust in the Lord with all your heart and lean not on your own understanding; in all your ways submit to him, and he will make your paths straight."  (Proverbs 3:5-6) 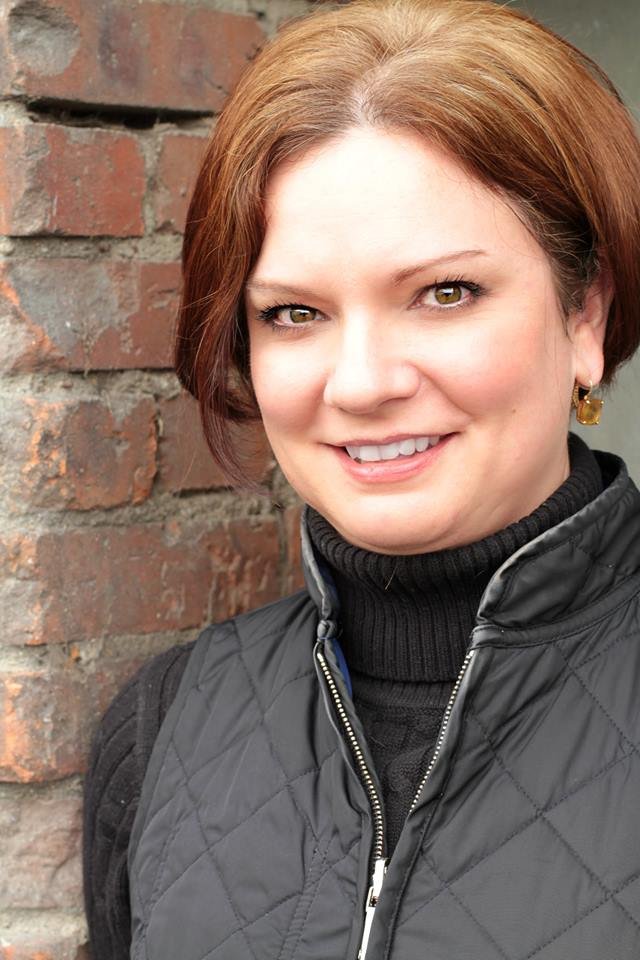 If you were to ask me where this journey of trusting God in my life started, I would begin with a story about a move my new husband and I made. It was when we decided to go to school in Moscow, Idaho.

I’ll begin here, because it was when I started to wake up and become more aware how completely dependent on God I really am. I was desperate at times, which I can see now, was exactly where I needed to be. Unfortunately, I’m a person who learns best through the hard times. That desperation led me to God---He never let me down, and I know now that he never will.

God has been at work, and He will continue to work as I trust in Him. Resting in God’s perfect love, and in His will is the best possible place to be.

I arrived in Moscow, Idaho, sunburned on half of my face, with half of an idea in my head of how we were going to "make a go of it" in that little college town. My husband, Derek, drove the U-Haul and I drove the car from Wenatchee across the scrubby desert of eastern Washington to the gently rolling wheat land of the Palouse. That August day--- the fields were gold and bright as was the sun, which only reached half my face and one arm through the open window of the white Jetta. Four hours later, I pulled up to our new home looking pretty funny---some comic relief to what was, really, a scary situation.

We had received provisional admittance and a financial aid package in the form of loans to the University of Idaho. Using all of our savings---we put down a deposit, and paid the first month’s rent on a studio apartment close to campus. We had just enough left to live on for the next week when school started, and when we would receive our first check for living expenses. Nothing was finalized, but we had quit our jobs and given notice on our old apartment in Wenatchee, and we had paid for the new one in Moscow. We were going, no matter what. This all happened in the days when paperwork went through "snail mail", not e-mail. We were still waiting on some of it.

My boss was right. We were taking a risk. We would be poorer than we already were---at least for the next few years. But something kept nudging us, an idea we couldn’t get out of our minds, and we knew that this is what we were supposed to do. Neither of us, would have explained it as something that we thought God wanted us to do at the time, as we were both pretty cold in our relationships towards God. In fact, we were looking forward to being away from the expectations of our church going families and we didn’t have any plans to continue with anything like church attendance once we were in Moscow. But God had a plan for us.

Our new home was a studio apartment in a 1930’s era building, just across the street from the University of Idaho campus. Tucked into a hillside and surrounded by trees, with big windows along the west side of the room, it reminded me of a tree house. In spite of its shabbiness, it was really kind of cute, after we unpacked and put away our things. I was looking forward to this new life.

Our first mail delivery arrived the next day, with a letter from the college. When I opened it, my heart started racing. According to the registrar, I would not be able to start classes that fall because they had never received my high school transcripts. Never mind that I already had an associate degree from a community college and had already been accepted. Without the transcript, I wasn’t going to go to school that semester. I would need a job immediately.   I had requested that my high school transcripts be sent to the college months ago. I frantically called my old high school, to see what had happened, but it was early August, and nobody was in the office---making it a few weeks too late for me to get an answer. Tears threatening to spill, I marched down the hill onto campus, and into the registrar’s office to see what could be done. The lady behind the counter stiffly told me that nothing could be done.

Helping me was just her job, nothing personal. I felt as though that she didn’t care. I realized that nobody else cared about my problems as much as I did because they were "my" problems. That thought was followed quickly by another, that there was someone else who cared. I prayed a silent, God, help! Immediately, I knew what to do.

"Can you check under H-E-N-D-R-I-X for the transcript?" I asked. My maiden name was actually spelled Hendricks. Nobody had ever misspelled my name with an x before, but somehow, I knew, this is what the problem was. The lady rolled her eyes, but checked anyway. And that’s where the transcript had been all along, filed under a misspelled name. I was back in school, just like that.

Walking out of that office, I couldn’t deny to myself what had just happened. I knew that God was in control of what I was doing in Moscow, and that He was watching out for me. I had heard His voice, not audibly---but I knew that what had happened was beyond me for sure. That thought didn’t come from me. I could have chalked it up to good luck, but I knew it wasn't. It doesn’t really seem like a big thing, on the surface, but that incident had a bigger impact on my life than just deciding whether or not I got into college that semester---It started a change in me, and the way I thought about God.  In fact, it was just the beginning!

With that desperate quick prayer and instant answer---I knew that God cared about my needs, even more than I did. None of these things were to my credit, or based on some ability I had to trust in God---They were pure grace. I didn’t come to trust in God on my own strength. It was the working of the Holy Spirit.

Dawn is a freelance writer and Christian blogger who loves encouraging women to keep their focus on Jesus. She’s the author of Look to Jesus: How to Let Go of Worry and Trust God. She’s a wife and mom to two teens. A Seattle girl, she loves books and coffee. You can find her at Dawn Klinge (Above the Waves) ministry site.

Click here to purchase Dawn's book from her ministry site. 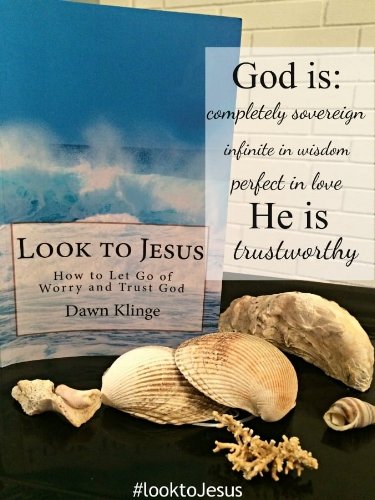