From Queer to Christ --- My Journey Into the Light 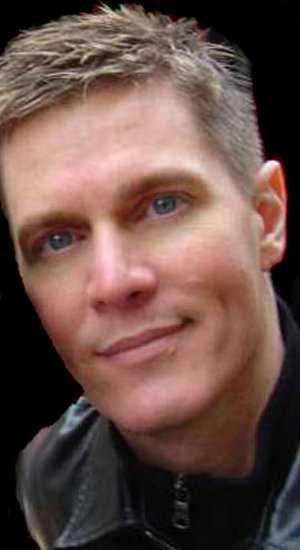 I’m a Baptist minister’s son who grew up in church and gave my life to Christ when I was seven years old. I also struggled with a same-sex attraction. Living in Tennessee, in the Bible Belt, in the 70’s, homosexuality wasn’t a topic I heard about unless some random person was making a derogatory comment about “fags.”

All through school I was tormented with physical and verbal abuse with one guy threatening to slit my throat. Being called a queer, faggot, homo, I didn’t understand how my peers were able to identify something about me that I hadn’t been unable to understand and come to terms with myself. This was confusing.

At church, the pain was compounded by the inevitable sermons on Sodom & Gomorrah. I felt condemned by God for something I didn’t ask for. On the inside I was filled with rage and told God I hated Him. I suffered in silence.

While heterosexual peers dated, I spent 12 lonely years yearning to be loved by a man. A random encounter with a guy out of high school confirmed this is who I was…a homosexual. Shortly after this encounter, my father was relocated to a church in Florida.

Not long after the move, I ran into a guy who invited me to a local gay bar. Walking into a bar filled with attractive men was overwhelming and exciting. I finally found a “home” where I wasn’t being bullied, could be myself, and be around other guys like me. I craved affection from guys and became promiscuous.

Since countless “loving Christians” insisted that God destroyed Sodom & Gomorrah because of vile perverts like me, that God created AIDS to kill queers, and that I was destined to burn in Hell, I believed that maybe God does hate me. So, I turned my back on God, the church, and fully immersed myself in the queer culture.

Sadly, after three years in the gay life, I was masking the pain with drugs and alcohol. Pornography became a part of my life, I developed a sex addiction, became a hustler (a male prostitute), struggled with depression, suicidal thoughts, and eventually attempted suicide. I felt no hope.

My journey would eventually lead me to Nashville where I met a guy, we became boyfriends, and moved to Los Angeles. I secured a job in the music industry.

After seven years, we broke up because I was still tormented and struggling with my faith and sexuality. I longed to be in church and eventually found a church home. I was filled with constant anxiety for fear that these Christians would discover my secret.

After church I cruised adult bookstores and bars because I was so hungry for affection and love. Random encounters meant quick sex, but I didn’t care…it was a brief moment of feeling desired by a guy. I couldn’t see it at the time, but I was searching for something to fill a void in my life. I had yet to comprehend that Jesus was the answer.

After a mild confrontation with a deacon over rumors regarding my sexuality, I left the church and found a gay-affirming church with a homosexual pastor. Surely, I would find the answers and come to accept that God made me this way. The turmoil was still there. Unable to find concrete answers, I left that church.

Working in the music business, I had the chance to meet and be around countless celebrities/rock stars/movie stars. In our celebrity-obsessed culture, many believe that fame and fortune will bring happiness. However, some celebrities weren’t that pleasant to be around and appeared to be just as unhappy as I was. I personally knew miserable people with immense wealth. It was clear.  Money and fame doesn’t bring happiness.

I extended my search into the occult, new age and Hindu arenas hoping to find different paths to get to God. I still yearned for Him even though I wasn’t sure He wanted anything to do with me. I had no desire to serve Satan but wondered if God was holding out on information that Satan was willing to impart. Could I get to God through a supernatural means?

Casting love spells seemed appealing...as I desperately wanted a man to love me, but something in my spirit...compelled me, not to open that door so I didn’t. I spent countless hours in new age/occult/psychic bookstores, browsing through various books on “world religions”, while waiting to have my tarot cards read by psychics. I was desperate for answers yet became cynical when all they could provide was vague information about relationships and financial issues that could be applied to anyone.

The New Age emphasis on sacrificing ourselves for the good of mankind, fighting darkness that was consuming the world, appealed to me. The search for “ascended masters” to become more enlightened intensified….with no luck.

Attending a Hindu temple in Hollywood, the “teacher” read from sacred Hindu texts, even God’s Word. While Jesus was respected as a great teacher, He was also equal with other Hindu gurus. That was unsettling. No matter how confused I was, something was settled within me that Jesus was God’s Son and no one compared to Him. I also knew idols had no power and I certainly wasn’t going to bow down and worship them.

Additionally, the new age and Hindu (even Buddhist) teachings regarding reincarnation were distressing. My current life was one of misery. The thought of being reincarnated, coming back to live many lives over and over and over in order to become perfect, striving to reach moksha (Hinduism)/nirvana (Buddhism), without any knowledge of past mistakes in order to do better in the next life, brought about more despair.

Deep within me, I knew Jesus was the one, all-sufficient Savior who paid for my sins on the Cross.  Instead of me having to do the work, Jesus did the work and that comforted me. God confirms that we live once, and then...the judgement (Hebrews 9:27).  I eventually, rejected the Occult/New Age/Hindu teachings.

I wanted a relationship with God, but I didn’t want to be around Christians. I hated them. Church was a place of anxiety for me. The thought of attending church was like going into the lion’s den.

Disillusioned with life, one night I drove to a Christian bookstore in Long Beach. I searched for books on suicide, but from a biblical perspective. After one failed suicide attempt, I was ready to try again. However, I feared God would send me to Hell for taking my life. Suicidal thoughts were as common as what I thought about eating each day. The depression was brutal. I cried all the time. The voices in my head tormented me. I needed peace. Finding nothing on the subject, I sat on the floor and cried.

I went back to the bars and slept with men in order to mask the pain, the loneliness, only to struggle with constant heartache as I desperately searched for love.

Sitting at a dive bar in Hollywood one night...(among the prostitutes, hustlers, former jailbirds, drag queens, kids tossed out of homes because they were queer, women whose wrinkled faces revealed difficult lives, and old gay men getting drunk at the bar)...I faced the cold, harsh reality of life. This could be me. My heart hurt for those people. During this time, I was unable to share how much God loved them by what Jesus did on the Cross because, I couldn’t see it for myself thanks to mean-spirited “Christians”. I was a vile homosexual. I had no hope yet something had to change. I couldn’t do this any longer.

A television commercial from a local church advertised a Bible Study on the book of Genesis. I felt led to contact them and spent two years attending that Bible study. I hungered for God and enjoyed studying His Word. My view of God started to change. I eventually started to see that God didn’t hate me. He hated my sin. There was hope that I could have a relationship with God! I also met Christians who truly had the heart of Christ as I slowly immersed myself back into the church.

God eventually led me to a Baptist church through a retired pastor. The current pastor moved to have a class for LGBT individuals. I was excited because I would now have a safe place to meet others struggling with this issue. Unfortunately, the pastor and teachers were moving us in the direction of “Being gay is OK, we’re under Grace, God created you that way” and I was confused.  Scripture is clear we are not to abuse God’s Grace (Romans 6:1-2; 14-15).

I had heard numerous stories of LGBT individuals whom God was bringing out of that life so I was perplexed as to why the pastor/teachers were pushing us into that life. I was now more confused. I was mentally and emotionally exhausted dealing with this issue, especially when I didn’t ask for these feelings!

I sat in my car so many times and cried, banging the steering wheel, yelling at God, begging Him for an answer, for peace! I often prayed this sincere prayer to God: “If homosexuality is OK in Your eyes, give me peace about it and I trust You will put a good Christian man in my life who will love me. If homosexuality is wrong under all circumstances, give me peace about it, help me to recognize it, and I will still serve You.”

As the months passed, wanting to believe that “gay is OK”, I was still tormented. I said enough and accepted that it was not in God’s will. I left that church, turned my back on the gay life, repented, and truly surrendered my life to Christ. The most amazing thing happened. God gave me what I had longed for my whole life...peace with myself, peace of mind, and finally...peace with God! The issue has been settled and I am no longer tormented in my mind or by my past! (Isaiah 43:25; Psalm 103:12; Romans 8:1)

Numerous LGBT individuals have accepted that homosexuality is not a part of God’s plan. Some LGBT individuals have transitioned successfully into a heterosexual life. Those who still have a same-sex attraction, like myself, have chosen celibacy. We desire to live a life that honors and pleases God. I’ve been on this path for about 12 years now.

The Apostle Paul asked God to “remove the thorn in his side” and God responded with “My grace is sufficient” (2 Corinthians 12:7-10). If this is to be my thorn, so be it. What matters is that God provided the healing I needed in order to have the strength to walk away from that life. My desire for sex with men no longer controls me!

This journey has been difficult, but I praise God for bringing me though it because I now understand God’s grace and His mercy. There is hope for everyone no matter what your bondage is….drugs, alcohol, food, sex, pornography, even issues of shame, rejection, abuse, rape, guilt of abortion, criminal activities, etc. If one is truly sorry and repents, God’s free gift of salvation is available to anyone who wants it (Romans 6:23). Jesus paid it ALL on the Cross at Calvary when He shed His precious blood for our sin. God desires to have a relationship with you but you must come His Way and that’s through Jesus.  (John 3:16-17; 10:9; 14:6; Acts 4:12; 1 Timothy 2:5). Give your life to Christ today and know real peace. You matter to Him!

Purchase George's book --- Amazon (From Queer to Christ) Available in both Kindle & paperback.